CPi in the Community

CPi Developers’ deep roots in Marin County are at the heart of a passion for business, the environment and community. 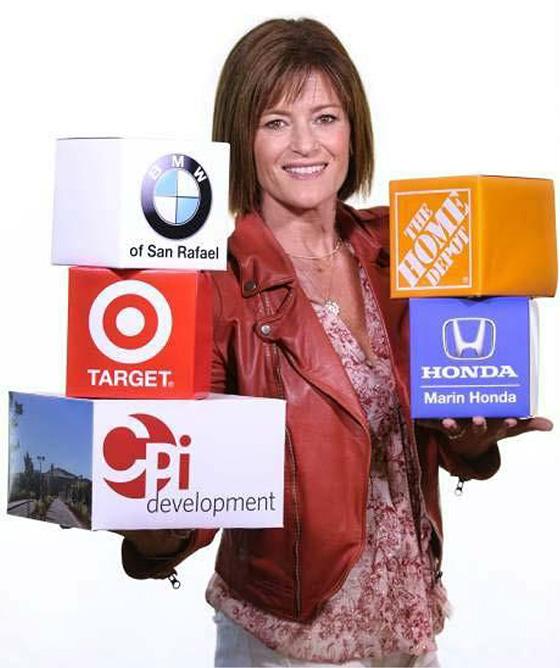 The third generation of a family that has transformed east San Rafael from the site for a local landfill into one of Marin County’s economic powercenters in recent years, Stephanie Kirby Plante has expanded the reach of the company into next-generation energy and a larger voice for commerce in local public policy.

As owner, president and CEO of 51-year-old CPi Developers, Plante oversees a portfolio that includes Shoreline Center, a regional shopping center in San Rafael; a downtown small retail property; North America’s first large Tesla fast-charging station with a round-the- clock lounge; and stores for Xfinity and Starbucks in San Francisco and Butte County, respectively. And she has had a stake in the San Rafael Pacifics professional baseball team.

“She’s just an amazing female leader,” said Joanne Webster, president and CEO of the San Rafael Chamber of Commerce. Building on the family’s more than four decades of membership in the chamber, Plante has been on the group’s board for several years, serving previously as chairwoman and head of the Economic Vitality Committee.

The organization last year gave Plante one of its Women of Industry awards, largely for her work in east San Rafael, an area east of Highway 101 going to the Richmond-San Rafael Bridge.

So the chamber created the East San Rafael Working Group, with Plante at the helm. It has faced issues like: overnight camping, beautification, illegal dumping of items, and vehicular access in and out of the area because of storm surges or sea-level rise.

“A lot of businesses are hiring private security and trying to do it alone,” Plante said. “We’re investigating a public improvement district.”
In addition, she has been appointed to lead the steering committee for the city’s 2040 general plan update.

At 49, Plante’s story is nearly as long as that of the family legacy she’s shepherding today.

“CPi” in the company name comes from Cal-Pox Inc., what the family business was called when Plante’s grandfather Martin Bramante started it in 1967. He had acquired San Quentin Disposal, San Rafael’s landfill at the time. In 1987 he and a business partner shuttered the site and planned for its new life. After getting the green light for redevelopment from environmental regulators, Cal-Pox hatched the plan for what would become Shoreline Center, located on Shoreline Parkway.

Plante’s mother, Susan Kirby, was a key part of the long journey for Shoreline Center to transform soil into shop space and dirt into dealerships. Navigating Marin County’s involved political environment, the family won approvals to move forward with the shopping center and landed anchor tenants The Home Depot and Sonnen BMW, now called BMW of San Rafael. The owners of that dealership later bought 4 acres of adjacent land for future development.

Meanwhile, Plante was putting her undergraduate and graduate communications training to work, pursuing a career as a San Francisco television reporter then producer. But in 1999, she dramatically shifted gears, jumping into the family real estate business when her mother died.

Plante recalled her grandfather’s looking quizzically at a Macintosh SE 20 computer sitting on her mother’s desk and asking Plante, “Can you make a Quicken spreadsheet come out of that thing?”

“We began with him having an immediate need, and me knowing my way around my mother’s brain,” Plante said That’s how she came into the presidency of the family company, and she worked for the next 14 years alongside her grandfather, as her mother had.

In the early years of her leadership, she brought in Marin Honda as another major tenant and winning approval in 2011 to build a Target store at Shoreline, an effort that took over seven years.

“And in the middle, there was a big recession, where Target walked away and we had to get them back,” Plante said. “We got them back, and then there was a lot of opposition from the community, but we were able to find a way to make that work.”

That Target store opened in 2013 and has been one of the corporation’s top sales performers, she said.

A year later, her grandfather, who had been named “Man of the Year” by the Marin Builders Association, died at age 94. Plante in 2015 bought out other family members to have full ownership of Cal-Pox, changing its name to CPi Developers.

Some of Bramante’s holdings outside Cal-Pox remained to be settled for a couple of years. One of those was the Doyle Building, a historic office building on Fourth Street in Santa Rosa that he had owned for roughly three decades. That property was sold in October 2017, a deal that was complicated by the challenging insurance environment and tragedy befalling the buyer’s team, Plante said.

Since then have come additions to the CPi portfolio. In late 2017, a 777 Grand Ave. a small commercial condominium complex called Grand Landing, keying off its riverfront location. Plante contrasts it with Shoreline Center, likening Grand Landing to “the commercial version of an apartment building.” While big tenants tend to be more self-sustaining, including their own designated parking areas, strip retail centers have shared customer parking.

“Tenant turnover is more, and there is more tenant relations, like neighbor relations,” she said.

Along with the 2017 acquisition of a freestanding store building leased to Starbucks in Oroville, CPi purchased a store leased to Comcast Xfinity on Geary Boulevard near the Presidio in San Francisco. As a result of working with the broker of that deal, Plante landed an investment that lit up her sensitivities for the environment.

A long-shuttered Burger King restaurant in Kettleman City, half-way between San Francisco and Los Angeles on Interstate 5, was flipped over six months — including permitting and construction — into a Tesla Supercharger Station with 40 chargers, according to Plante, who has been driving one of the company’s cars since 2013. It opened to national fanfare in early 2018 because the 3,333-square-foot building was the first among the electric vehicle maker’s continental network of quick-charge locations to have a lounge that offers drivers a place to wait for the 30- to 40-minute charge day or night.

“I think it combats the naysayers who say, well, it’s so much faster to get a tank of gas,” she said. “And this provides a much more pleasant experience and better guarantee of availability.”

Jeff Quackenbush covers wine, construction and real estate. Contact him at jquackenbush@busjrnl.com or 707-521-4256.

Stephanie Plante’s love of news and civic affairs (she began her career in TV news) has come full circle with her appointment as the public member-at-large for the editorial board of the Marin Independent Journal, the daily newspaper serving Marin County. The board discusses local issues reported by the IJ and develops positions reflected in that week’s editorials. Plante joins IJ President and Publisher Rob Devincenzi, Editor Robert Sterling and editorial writer Brad Breithaupt as the group’s only public member. Read more…

It’s been a big few media months for Stephanie Plante, who was profiled in the May 2019 issue of Marin Magazine’s feature on women leading family businesses. The article shared the experiences of Plante along with Hali Croner, Maggie McDonogh, Andrea Schultz and Patty Garbarino. Read more…

CPi Developers President and CEO Stephanie Kirby Plante was honored by the San Rafael Chamber of Commerce with its 2018 “Woman of Industry” award.  Plante, recognized for her accomplishments and service to community, received the honor at the Chamber’s annual event where more than 350 attendees celebrated women business owners, professionals and entrepreneurs.  Mary Kay Sweeney of Homeward Bound was also recognized. 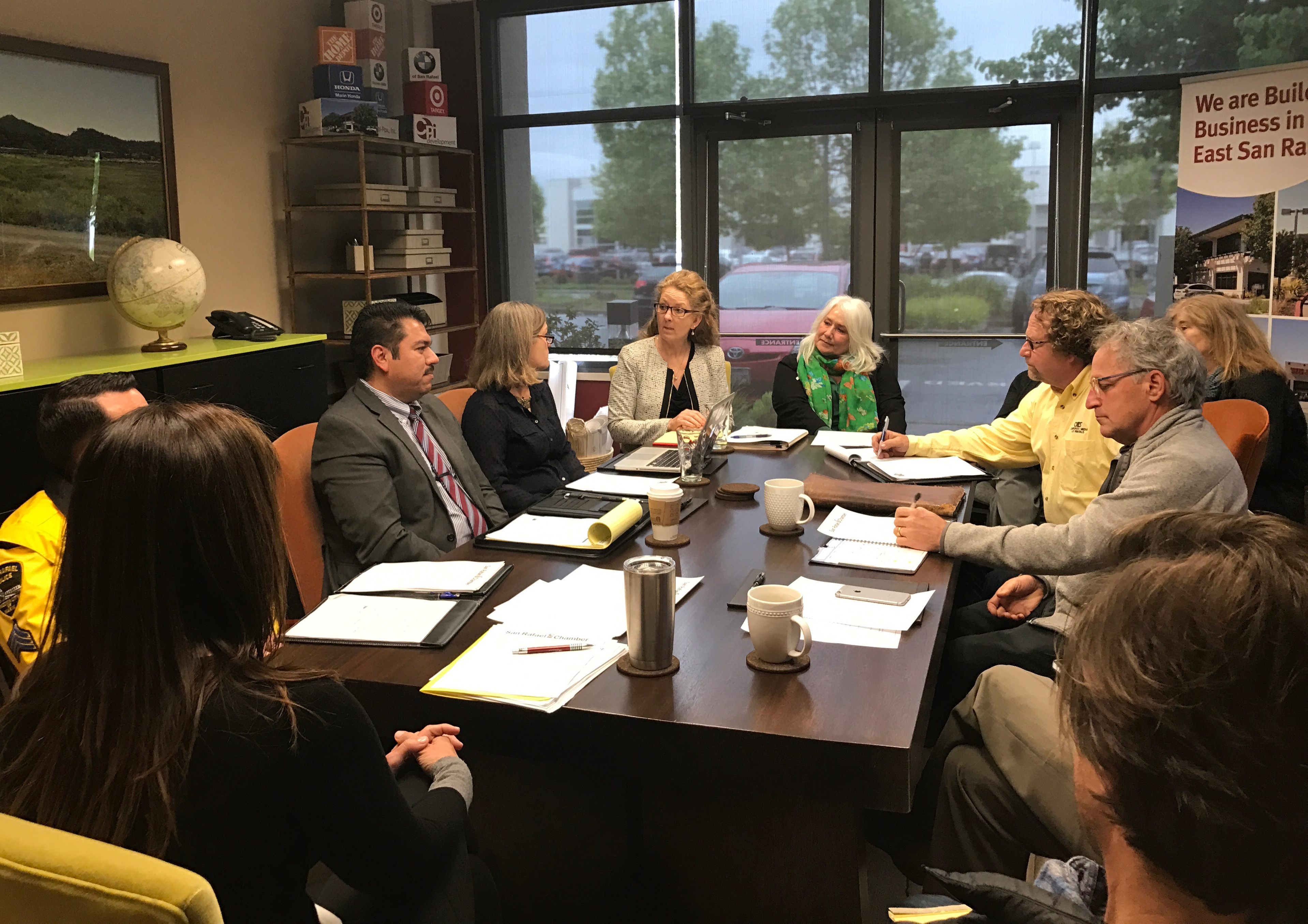 The East San Rafael Working Group continues to grow and achieve new successes. Founding member Stephanie Plante chairs this committee of the San Rafael Chamber of Commerce, whose members work on promoting business vitality with a particular focus on neighborhood safety and parking issues. The group has met with several civic leaders, including the special operations unit of the SRPD, the San Rafael community development director and the San Rafael director of public works, and has been interviewed for an East San Rafael parking study. Read more.

In 2018, CPi Developers stepped up as part of an elite group of local businesses sponsoring the “Giving Marin” initiative, a first-ever cooperative venture with the Marin IJ (newspaper). Through the support of Giving Marin, more than 64 local nonprofits will be showcased in a series of 200+ ads in the IJ.

The entire Plante family enjoys supporting the San Rafael Pacifics minor league baseball team, including housing players, interning in the office and on the field, throwing out first pitches and promoting team success.

CPi’s Stephanie Plante was interviewed by ABC 7 for the Downtown Streets Team’s project to aid area homeless.
Save 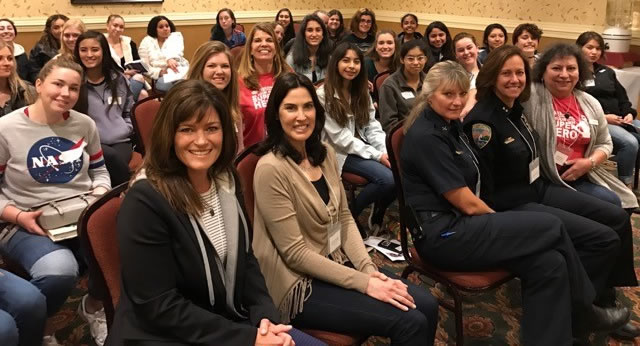 More than 200 8th – 12th graders participated in the seventh annual Marin Teen Girl Conference held in San Rafael. Stephanie Plante was among the community leaders invited to share life stories and gender-focused counsel at the event sponsored by the Marin Women’s Commission.

CPi Developers installed solar power to its offices in East San Rafael with help from a team from Solar City .
Save